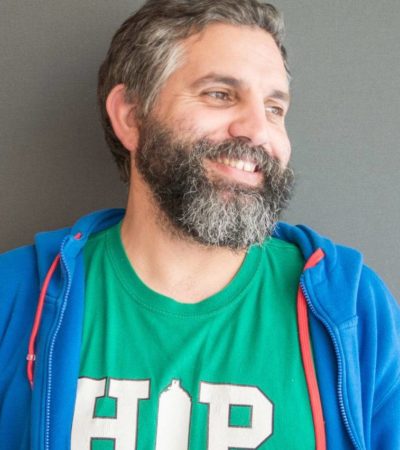 A quick roadmap of the shared history of Arduino and the Maker movement.

Arduino and the Maker movement appeared at the same time, this talk will revise relevant moments of their shared history, highlighting some of the most memorable milestones and projects ever built using Arduino boards. From boats to satellites, from robots to cars, everything you could imagine has been either made from scratch or hacked using Arduino. Come and see how open source hardware and software can be an empowering tool that will make people get started with technology in no time.

Biography
David Cuartielles’s work spans the fields of programming, education, research and product development.  In 2005 David co-created the Open Hardware platform Arduino, which has become a leading platform for DIY electronics and which earned the team an Honorary Mention at the Ars Electronica Digital Community Prix 2006, the SER price 2015, the FIUM price 2017, and an Ashoka Fellowship 2017, among others.
Since the late nineties he has developed robotic, mobile and net based interactive art installations and open source tools for live performance and education. A passionate speaker on the how we can reform education through practically enabling children and young people to play and test, engineering ideas in partnership with peers and experts others.

He works to enable such learning to take place through various initiatives including the Institute Of Interactive Objects laboratory at Malmö University, the Arduino community and his academic research and forthcoming PhD at Malmö University.