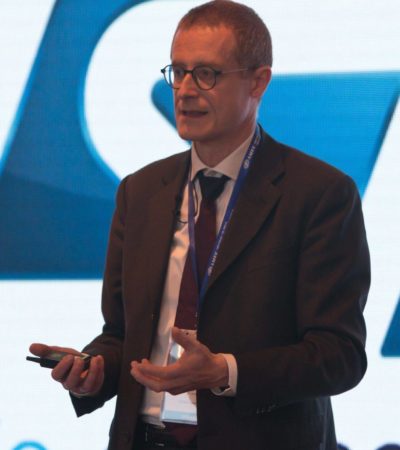 MEMS sensors were originally developed with industrial applications in mind. However, MEMS quickly took off in consumer applications such as gaming and smartphones thanks to their size, performance and low power consumption and especially due to their ability to be manufactured in very high quantities.

Now MEMS are coming back to industrial applications as one of the key enablers of Smart Industry trends like Industry 4.0 and the IIoT. As industrial systems become more automated and autonomous, and with the proliferation of artificial intelligence and big data processing capabilities, the need is growing for various types of sensors to provide the critical data on processes, machine condition and to make factories safer and more collaborative.

This talk addresses how MEMS sensors are building on their consumer heritage to address industrial applications as well as discussing some of the key building blocks for smart systems that can capture, process and securely share sensor data.

Biography
Andrea Onetti joined STMicroelectronics as an IC designer in 1990. He later moved to Product Management and became a Division Manager responsible for the Company’s Audio products. Onetti‘s mandate was subsequently expanded to include Low-Power Analog and RF devices, and in 2016 he was appointed General Manager of ST’s MEMS Sensors Division, covering the broad portfolio of accelerometers, gyroscopes, digital compasses, inertial modules, pressure, humidity, and temperature sensors, and microphones.

Andrea Onetti was born in Pavia, Italy, in 1965, and graduated with a Degree in Microelectronics from University of Pavia.