IBM will be exhibiting at this year’s electronics trade show, September 11th – 13th, and visitors will look forward to a case with specific topics from IBM. It is the first time that IBM exhibits at the Electronics Fair, which, with its increased focus on technology, has attracted more IT giants than before.

When this year’s electronics event takes place on September 11 – 13 in the Odense Congress Center, it will be a whole new exhibitor.

It is the first time that IBM participates in the Electronics Fair, which has existed since 2002, and they look forward to meeting the Danish electronics industry.

“We look forward to being on E-18. We have previously been part of the electronic conference program, but this year we have chosen to participate as exhibitors. We will showcase a number of specific cases on our stand, such as: Ratmo, the intelligent rat case and examples of how Smukfest and IBM collaborate to develop the future festival experience through technologies such as AI, IoT and Big Data, says Anders Hovgaard, Country Manager for IBM Solutions, thus raising a bit of obscurity as to what visitors can experience at IBM’s stand in hall C.

IBM is one of the more than 128 exhibitors, which is part of this year’s electronics industry. And with the organizers, look forward to welcoming the new exhibitor.

“Of course, we are pleased that an international company like IBM backs up around E-18. In recent years, IBM has been following a number of exciting projects that are relevant to both the electronics industry and the robot industry. So with our concurrent robot fair, R-18, it makes sense for both visitors and exhibitors that IBM is on board, says Søren Therkelsen, Project Manager for E-18 and R-18.

Microsoft also becomes part of E-18
Shortly before the summer break, E-18 was able to reveal that Microsoft also exhibits this year’s electronics trade show and presents a product innovation developed in collaboration with BILA Robotic and Arrow ECS.

With the participation of IBM and other new exhibitors, it has succeeded in attracting a new type of exhibitors in addition to the more traditional electronics manufacturers.

E-18 and R-18 will take place from 11 to 13 September at the Odense Congress Center. It is free to attend both fairs. 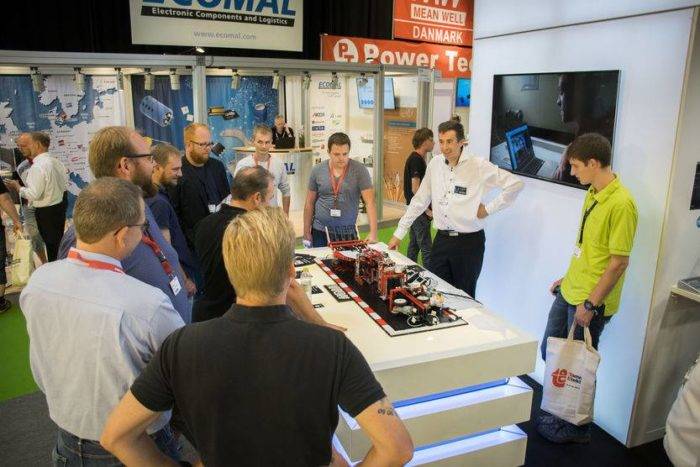 The fairs are held simultaneously, having their own individual focus and exciting conference programs, workshops and exhibitions.